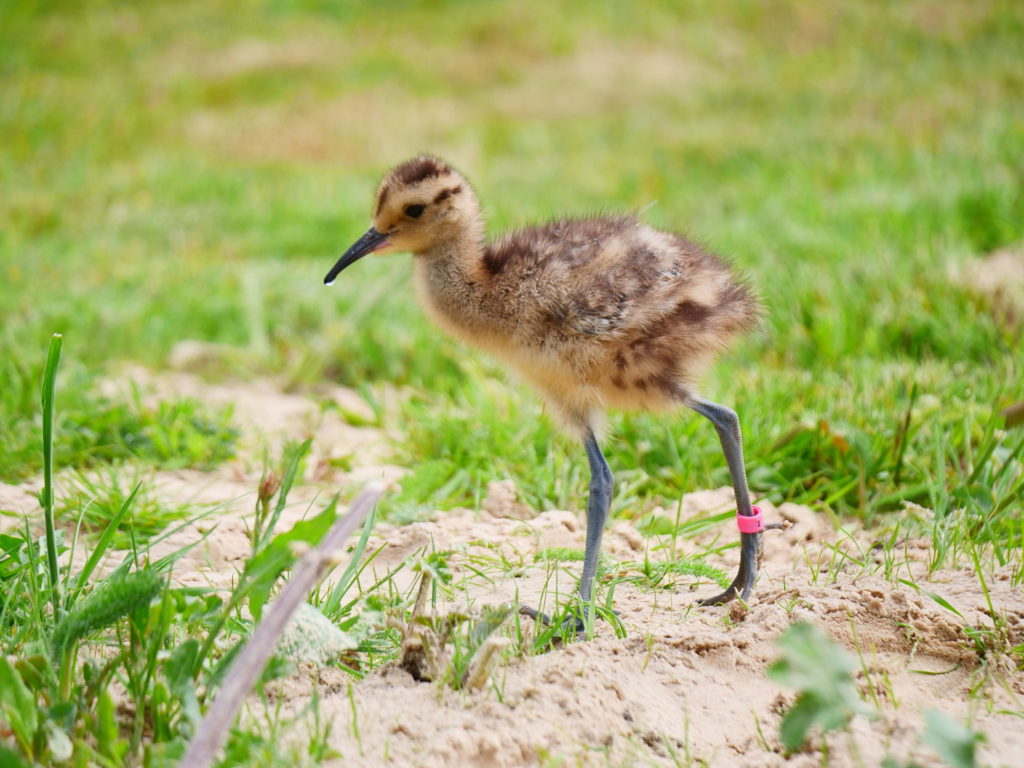 The curlew’s call is perhaps the most evocative song of any wild bird, but with the population under threat, Pensthorpe and our partners have stepped up to help save it.

Once a common site on rivers and estuaries around Britain in winter, curlews have been added to the UK Birds of Conservation Concern red list, meaning they’re of the highest concern. There are 58,000 breeding in the British Isles – a quarter of the world’s breeding population. But over the last 30 years, the population here has halved, falling faster than anywhere else in the world.

Nesting near the runway

Curlews like to breed in a wide-open space with sufficient rough grass and ground cover, and a damp feeding area nearby. In recent years, they’ve been making themselves at home at military airfields in East Anglia. But all those aircraft pose a threat the curlews, not to mention the fact a single flying curlew could destroy a jet fighter if sucked into the air intake. The MOD used to destroy curlew eggs to deter the birds, but our pioneering project has resulted in a different approach.

Now, these precious eggs are transported to Pensthorpe where we artificially incubate and monitor them. Once the eggs hatch, we rear the chicks in specially designed pens until they are ready to be released. All the chicks are ringed, while some are fitted with GPS tags and radio devices to help researchers understand more about where the birds fly to and monitor them after release. After about four months, they’re taken to carefully selected sites in west Norfolk, including Wild Ken Hill and Sandringham Estate, where they’re released back into the wild. The project has been a great success so far. Of the 106 eggs retrieved from airfields in 2021, 87 hatched and 82 reached full fledgling.

Watch our video to see our work in action.